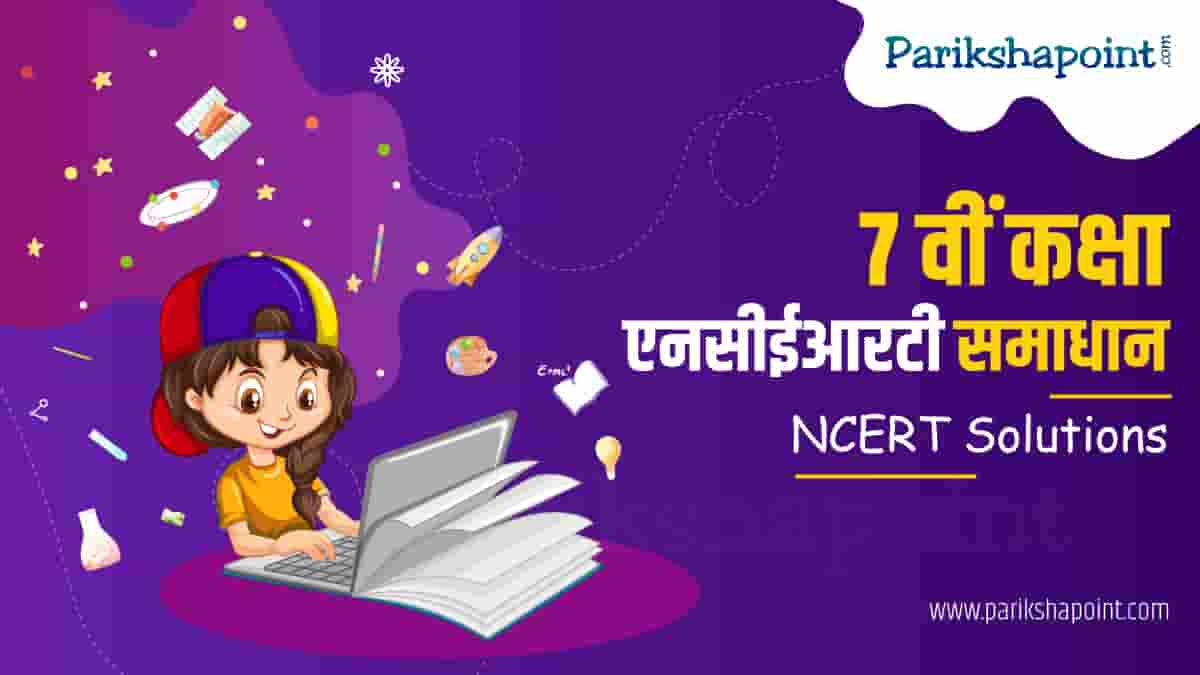 The purpose of NCERT solutions for class 7 English honeycomb is only to give good education. NCERT Solutions Class 7 English honeycomb Chapter 9 A Bicycle in Good Repair prepared with the help of National Council of Educational Research and Training. The question answers of class 7th English book NCERT are designed keeping in mind the CBSE syllabus. Check out the NCERT solutions for 7th class English book lessons from below.

(c) He got up late that morning.

Ans.“I got up early, for me.” It implies that he was a late riser.

Qus.2  The bicycle “goes easily enough in the morning and a little stiffly after lunch.” The remark is.

Qus.3 The friend shook the bicycle violently. Find two or three sentences in the text which express the author’s disapproval of it.

Que.4  “…if not, it would make a serious difference to the machine.” What does ‘it’ refer to?

Ans. The word ‘it’ refers to the small iron balls.

Qus.1 Did the front wheel really wobble? What is your opinion? Give a reason for your answer.

Ans. In my opinion the front wheel did not wobble at all. It began to wobble only after the repair because some of the balls were lost.

Qus.2 In what condition did the author find the bicycle when he returned from the tool shed ?

Ans. When the author returned from the tool shed he saw that his friend was sitting on the ground with the front wheel between his legs. The remaining parts of the bicycle were lying on gravel path beside him.

Qus.3  “Nothing is easier than taking off the gear-case.” Comment on or continue this sentence in the light of what actually happens.

Ans. The author’s friend had broken the gear case in two while taking it out. So it was a difficult task. It requires a skilled person to take the gear case out.

Qus.4  What special treatment did the chain receive ?

Ans. At first he tightened the chain so much that it would not move. Then he loosened it twice as loose as it was before.

Qus.5 The friend has two qualities – he knows what he is doing and is absolutely sure it is good. Find the two phrases in the text which mean the same.

Ans. The two phrases are :-

Qus.6 Describe the fight’ between the man and the machine. Find the relevant sentences in the text and write them.

Ans.  The author’s friend re – assembled the front wheel and the gear case. He stood on the bicycle. He lost his balance and slid over. He lost his temper. There began a rough and tumble fight between the two one time he was on and the bicycle was down and the second time.

Look at the following.

Note: ‘Should’ and ‘ought to’ are often used interchangeably.

Rewrite each of the following sentences using should/ ought to/must in place of the italicised words. Make other changes wherever necessary.

Ans.  (i) You are obliged to do your duty irrespective of consequences.

You must do your duty irrespective of consequences.

You should study at least for an hour everyday.

The doctor says she must sleep eight hours every night.

You should show respect towards elders and affection towards youngsters.

You must exercise regularly to stay fit.

You should take a walk every morning

You must not stand on your head.

As he has a cold, he should go to bed.

Qus.2 Use should/must/ought to appropriately in the following sentences.

I made an effort, and was pleased with myself.

This sentence is in fact a combination of two sentences.

This is also a combination of two sentences.

Divide each of the following sentences into its parts. Write meaningful parts. If necessary, supply a word or two to make each part meaningful.

(ii) When I came back he was sitting on the ground. (2 parts)

(b) I wanted to see something.

(b) He was sitting on the ground.

(b) What the matter with it is.

‘En’ at the beginning or at the end of a word is not always a prefix or a suffix. It is then an integral part of the word.

(i) Now arrange the words given in the box under the three heading —  prefix , suffix and part of the word.

Students must have been very happy to get NCERT Solutions Class 7 English honeycomb Chapter 9 A Bicycle in Good Repair. It is our endeavor to give better knowledge to the students. Students can visit the website of ‘parikshapoint.com’ for more details of NCERT Books or Sample Papers etc.