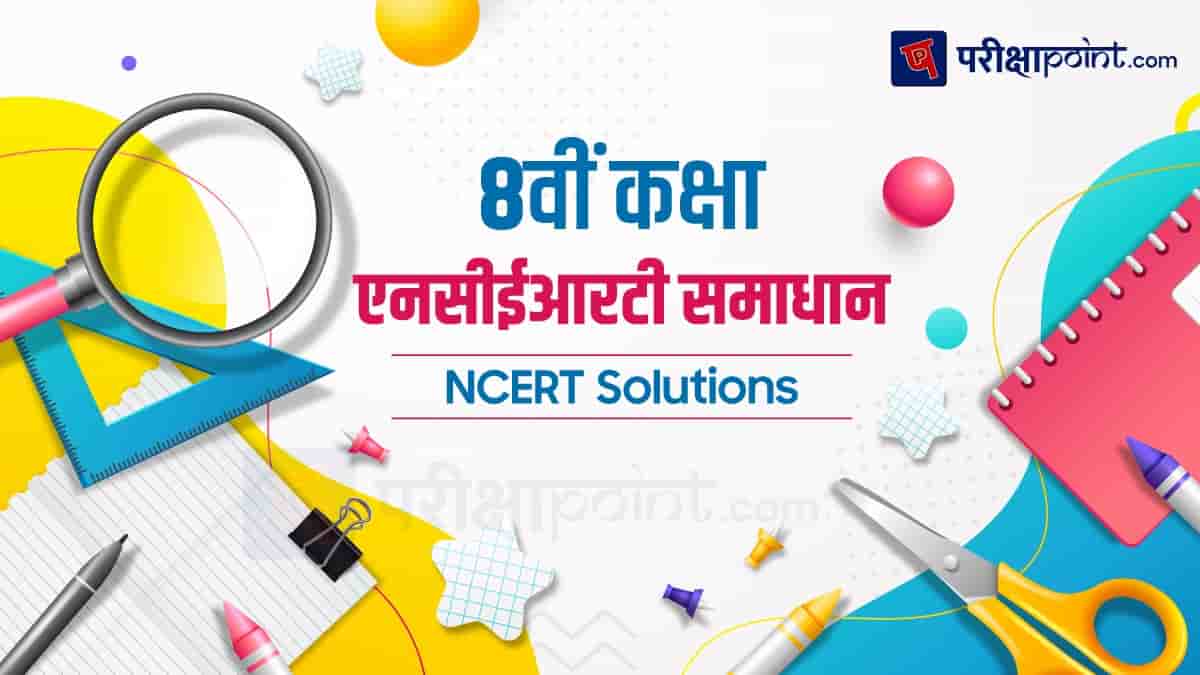 The purpose of ncert solution for class 8 english it so happened is only to give good education. NCERT Solutions Class 8 English it so happened Chapter 10 The Comet 2 prepared with the help of National Council of Educational Research and Training. The question answers of class 8th English book NCERT are designed keeping in mind the CBSE syllabus. Check out the NCERT solutions for 8th class English book lessons from below.

Qus 1. For a moment James wondered if he had done his sums right.” Why was James doubtful about his sums and calculations ?

Ans. On the basis of his sums and calculations James had predicted that Comet Dutta would collide with the Earth within ten months. But it was hard to believe the calamity of the future on such a peaceful night. So he wondered if he had done his sums right.

Qus 2. What did the scientists at the conference say about James’s ‘sums’ ?

Ans. The scientists said that James was right in his sums. There was no escape from the direct hit predicted by him.

Qus 3. Immediate action was needed, the scientists decided. Give one example each of ‘defensive’ and ‘offensive’ action mentioned in the text.

Ans. The ‘ defensive’ measure was suggested that people should live in underground bunkers. But the experts dismissed this proposal. The offensive measure was that Comet Dutta could be marginally deflected from its path by giving it a push.

Qus 4. “I am not buying any Christmas presents till December 15.” What did Sir John mean by that ?

Ans. By making this statement Duttada meant that they were not sure of their success in stopping the collision of Comet Dutta with the Earth scheduled on December 15.

Qus 1. What is Duttada expected to do on his return from London ?

Ans.  On his return from London Duttada is expected to perform a Shanti Yajna arranged by his wife and his younger brother.

Qus 2. What is his reaction to the proposal ?

Ans. Duttada was angry. He refused to perform any Shanti Yajna. He considered it only a superstition.

Ans. ‘Project Light Brigade’ refers  to the project meant to avert the collision between Comet Dutta and the Earth.

(ii) What does Sir John say about the Project in his letter to Duttada in October ?

Ans. In this letter Sir John tells Duttada that the charge of the Light Brigade has begun.

Qus 4. Did Sir John buy Christmas presents on December 15 ? How did Duttada get to know about it ?

Ans. Yes, Sir John bought Christmas present on December 15. On November 18 , Duttada got a telex message from Sir John that he was confident then of buying his Christmas.

Qus 5. Why, according to Indrani Debi, had the comet not been disastrous ? Do you agree with her ?

Ans. According to Indrani Debi, the comet had not been disastrous, because of the yajna performed by her. I don’t agree with her, because it is not a superstition. The disaster was averted by the timely efforts of the scientists.

Choose the right word. Say why you think it right.

Ans. Duttada’s general outlook is rational. He does not believe in superstitions. He is a man of scientific logic.

Qus 1. Should a scientist’s findings be suppressed if they seem disturbing ? Give reasons for and against the topic.

Ans. For : A scientist’s finding should be suppressed if they seem disturbing. The truth can create huge panic among the public.

Against :  It is wrong to suppress a scientist’s finding even if they seem disturbing. If they are suppressed people will never know the danger to their life. They will not be able to take precautionary measure against it.

Qus 2. Do you think ours is a traditional society ? What are some of the things we do to be called traditional ? Do you find these things useless or useful ?

Ans. Yes, ours is a traditional society. We observe fasts. We take parts in yajnas. We feed priests on special occasions to pacify our dead ancestors souls. We do many rituals on the occasions of wedding in our families. When a child is born in our families many traditional things are observed. In my opinion some of these things are useful because they boost up our moral values. They are  helpful in improving our atmosphere. Some of these traditional things are harmful because they block our path of progress.

Qus 3. Give two or three examples to show how science has been useful to us.

Ans. Science has been very much useful to us. It has changed the life of modern man.

Qus 4. Give one example to show how science has been misused, and has as a result been harmful to us

Students must have been very happy to get ncert solutions for class 8 english it so happened Chapter 10 The Comet 2. It is our endeavor to give better knowledge to the students. Also you can get NCERT Solutions and NCERT Books in Hindi from NCERT page of parikshapoint.com.